The Minnesota Force is part of a charity group called Costumers for a Cause. It’s a group of costumers who make appearances at charities and events. One of the charities we work with is the Children’s Hospital. The hospital has its own television station (Star Studio) that airs programming for the kids, and one of the segments is “Kids Clubhouse,” which is hosted by “The Dude.” Guests will play games and interact with the kids who call in or sit in the studio. The Minnesota Force will do a few of these appearances a year and it’s limited to four people each time, so I was really happy I was able to finally make one of the appearances on July 27, 2017. Here is the entire segment:

I uploaded a clip of one of the parts of the segment I’m in: 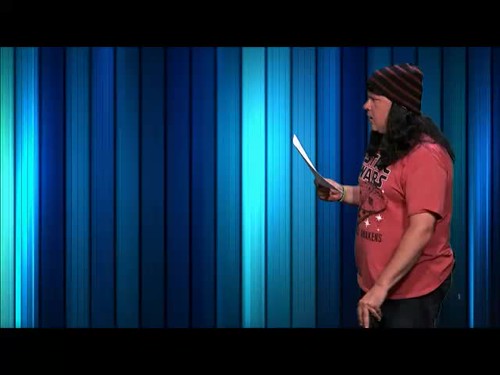 Here was our little group:

It was so much fun! I hope the kids who watched our segment had fun, too.

On July 15, 2017, I joined the Minnesota Force for day one of the Air Expo. Pilot characters were requested, so of course the best pilot in the Resistance had to be there!

The pilot of this plane wanted a photo of us, so we obliged, of course!

Lindsey and I had a blast taking photos inside the cockpits. Maybe we’ll see Rey and Poe co-piloting in “The Last Jedi” or Episode IX? (I hope so, at least.)

It was a really fun event, and seeing all of the cool vintage airplanes was incredible.

CONvergence was AWESOME, as usual. I was really busy this year, and while everything I did was fun, I’m not sure I’ll pack my schedule so tightly next year.

Thursday, I dressed as General Hux. The “Generally Angry” ribbons were a huge hit, and people were very excited to tell me why Kylo Ren is a punk-ass bitch.

Coffee, blacker than Hux’s heart. (Just kidding – I drank it with cream and sugar.)

Thursday night was my first time working in the Mos Icee Cantina party room (hosted by the Minnesota Force). I was in charge of grinding up the ice for sno-cones. I donned a very cute apron, too. It was a lot of fun working in the cantina! We were really busy.

Hux is not putting up with Kylo’s crap.

Friday was the “Ladies of Star Wars” panel, which I think went pretty well. We had a full room, which was awesome!

After the panel, I changed into my Poe Dameron costume and headed to the Star Wars meetup. The photo on the left is all three Poe’s that were there (photo by Annalie Munnings Morgan), and the photo on the right was a shot of the Good Guys (photo by Pari Bailey). We had such a huge group, it was nearly impossible to get everyone in the shot.

My friend Bri debuted her Hera Syndulla costume! It turned out awesome!

And I had to try and take out Kylo Ren, of course. (Bless Paul’s heart – he’s always willing to take stupid photos with me.)

I found a tasty beverage in the bar over at the Sheraton.

Saturday was Rebel, Rebel Princess day, and also masquerade day! I woke up early for orientation, and then headed back a couple of hours later for pre-judging. Then it was back to the hotel room for food and a nap.

Masquerade was really fun, even though I was a nervous wreck. Everyone was so awesome and talented! I didn’t win anything, but that’s okay…I had a lot of fun and the experience was awesome. Lots of cool photos were taken of my time on stage, but the above three are my favorites. Top left was taken by Catherine of the Sea Photography, and the other two were taken by Peter Verrant.

After masquerade, it was time to meet up with friends!

Sunday I had planned on dressing up as Scarlet Witch, but I was just too tired, and we needed to get checked out of the hotel. Before I left CONvergence for the weekend, I found out that the Minnesota Force won an award for “Best Use of Theme” in the party room competition for the Mos Icee Cantina! It’s funny, because we’ve had the same “theme” for many years. Still, it’s nice to win something, right?

I had so much fun, and I can’t wait for next year.

Thursday through Sunday I’ll be at CONvergence, my favorite Minnesota convention! I’ll be doing all sorts of things this weekend, and hopefully I’ll see you there.

Masquerade – On Saturday, I’ll be competing in the masquerade! Masquerade is at 6:00 PM, and doors open at 5:30 PM.

Find me on Thursday dressed as General Hux and tell me why Kylo Ren is a punk-ass bitch to receive a “Generally Angry” badge ribbon! (There are no incorrect answers.)

Find me on Friday as Poe Dameron (Jakku) or on Saturday as Rebel, Rebel Princess (David Bowie/Princess Leia mashup) in your rebel/resistance costume to get a “Rebellions” badge ribbon! I’m also willing to trade ribbons.

Hope to see you there!

I meant to post this a while ago, but I’ve been so caught up in last-minute costume stuff for CONvergence that I forgot!

Two weekends ago I attended The Saber Legion‘s SaberCon (two days of it, at least) and it was a lot of fun! I realized I didn’t take any photos, so I apologize for that.

June 25th was the Twin Cities Pride parade, and I walked with the Geek Partnership Society‘s float as part of the Minnesota Force. I’ve never been in the Pride parade before, and I can’t describe how incredible it was. There was so much positive energy and excitement from the crowd! I had an absolute blast, and I hope I get to do it again next year.