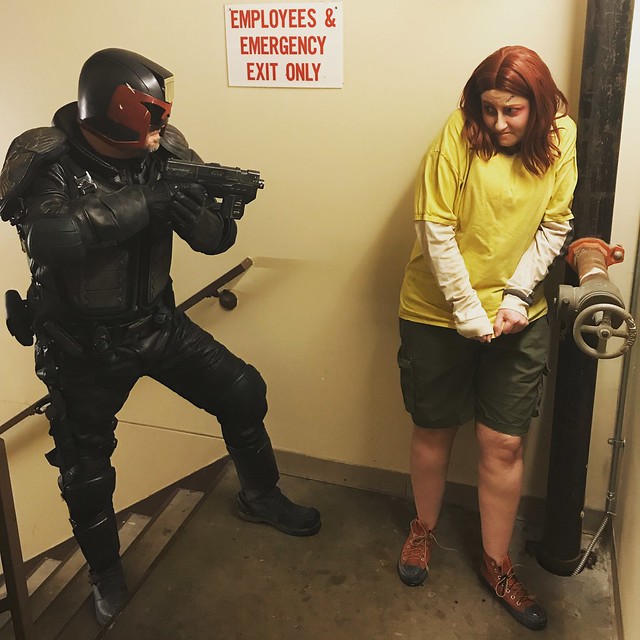 On October 26-28, I went to Crypticon for the first time. I was contacted by the organizers of the convention to have a “Star Wars in Minnesota” table in one of the conference rooms (along with our friends from the Saber Legion). It was an opportunity for us to try out having an info table at a different con.

On Friday, I debuted my Clan Techie costume (from Dredd 2012) and followed my friend Paul around in his Dredd costume. I’m pretty sure nobody knew who I was supposed to be, and that’s fine – I didn’t expect anyone to care about a side-character that most people probably don’t remember. But, it was a really fun costume to put together, and now I have two costumes of Domhnall Gleeson’s characters, so I guess I have A Thing, now? (I’ve been told I should make a Bill Weasley costume. I may.)

Anyway, we took some fun photos around the con (even on the roof, which was not supposed to be unlocked, so…oops.) 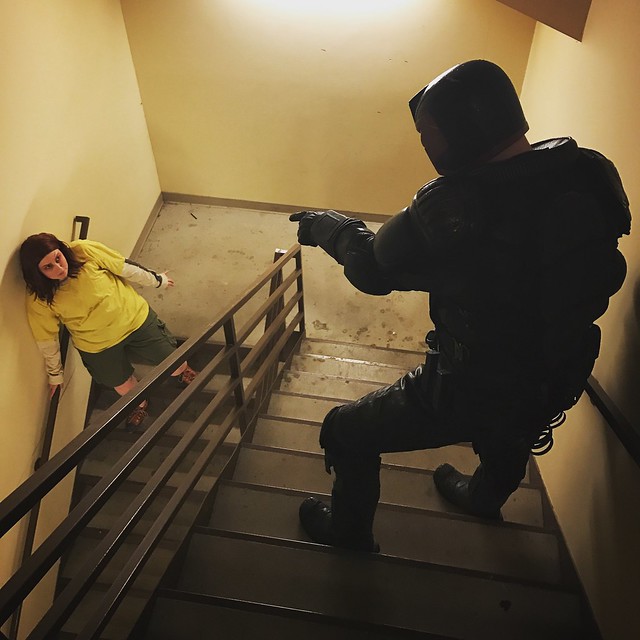 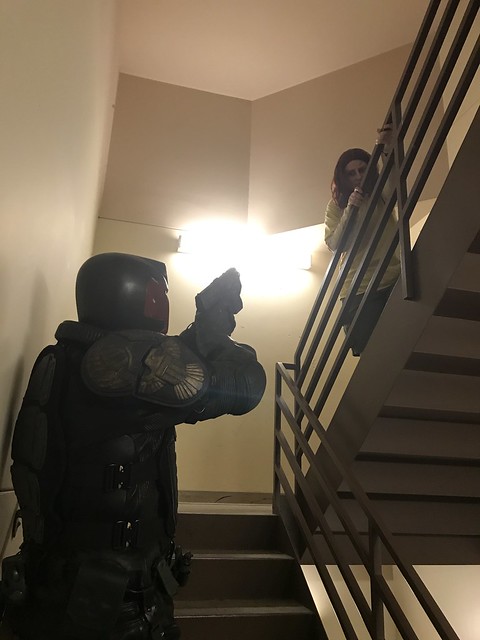 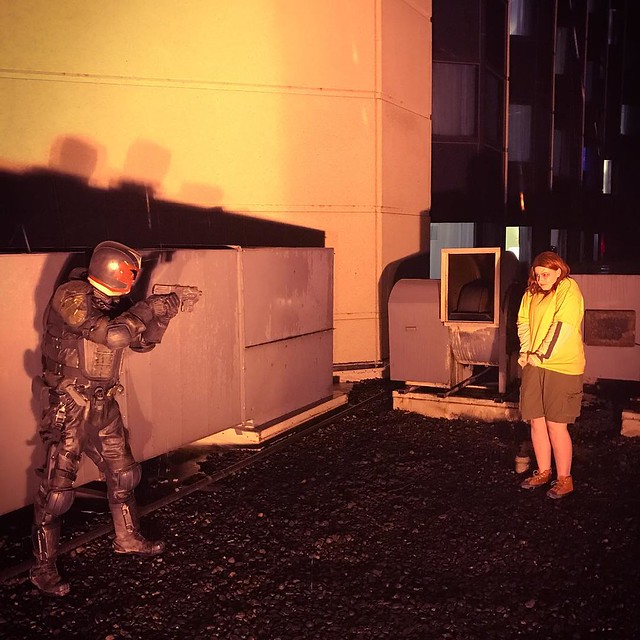 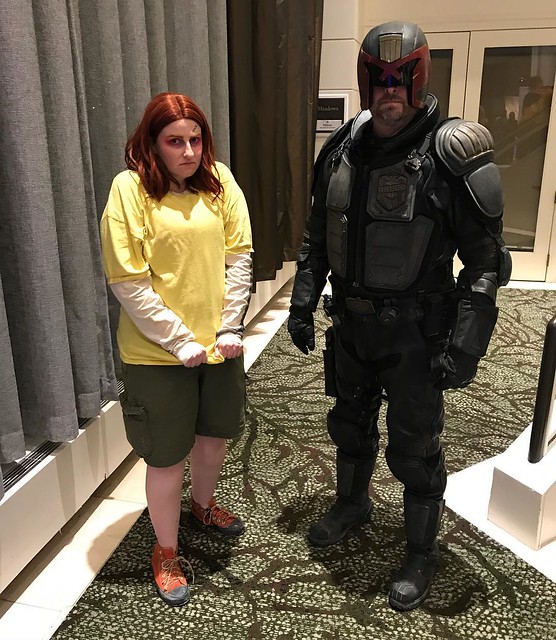 HE IS THE LAW. And I’m…a nervous wreck. Costumers: Kris Heding & Paul Haga. 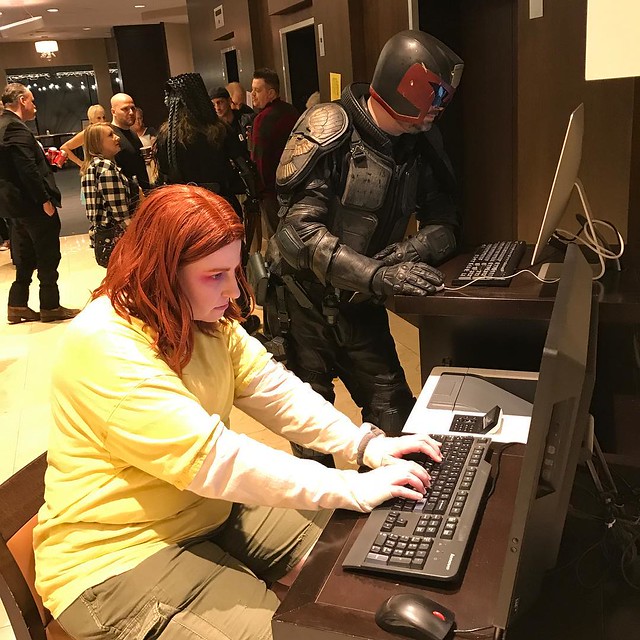 Saturday morning I did the Anoka Halloween Parade as Admiral Ackbar, and then came back to the hotel to take a quick nap before continuing with my Crypticon adventures. I switched into Catwoman, and we took some fun photos out in the cold again. This time, no roof. 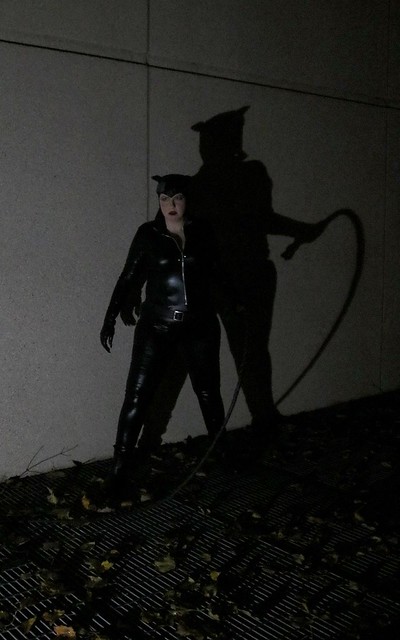 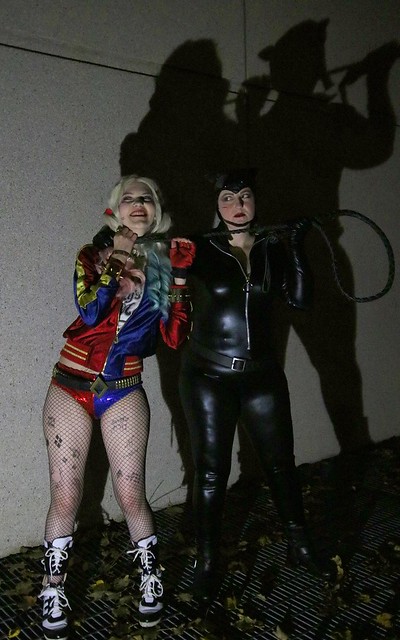 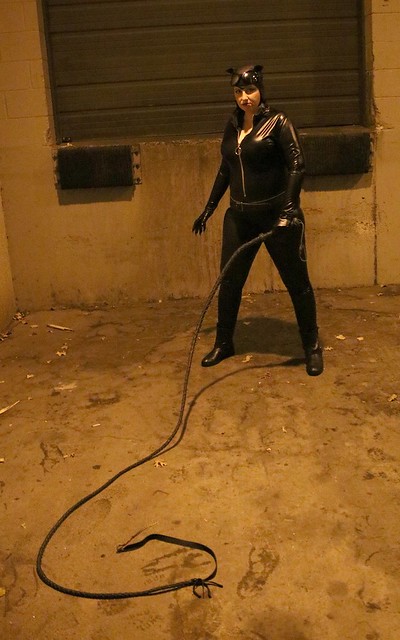 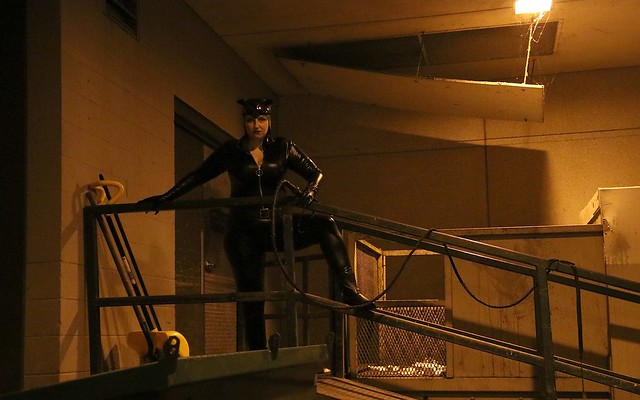 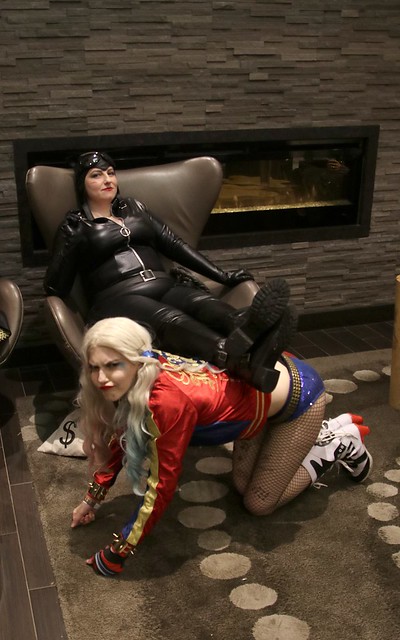 Sunday morning we loaded out our luggage and costumes and then I donned my Fem!Kylo while working at the Star Wars tables for a while. 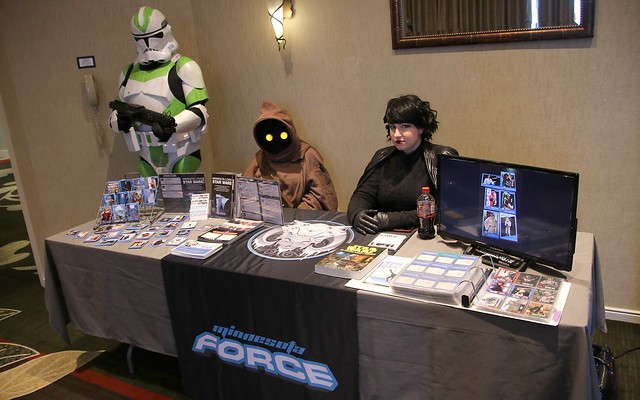 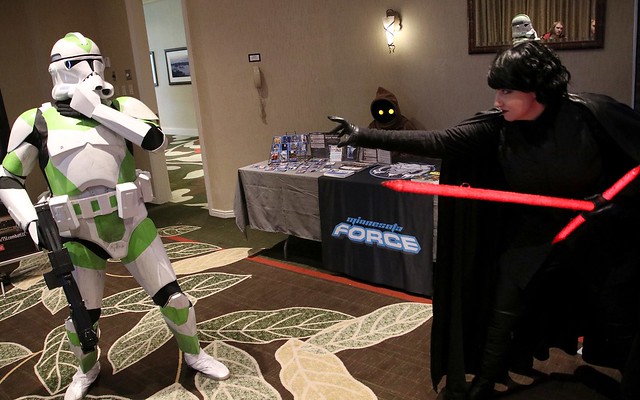