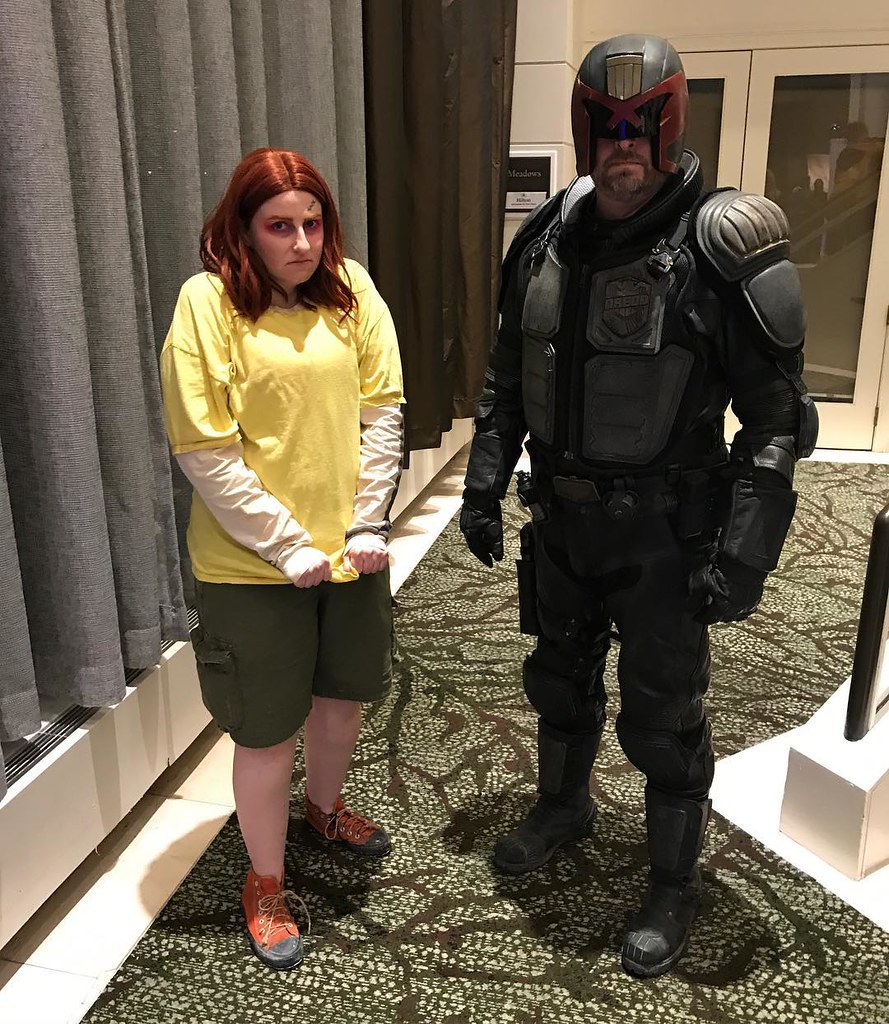 I don’t know how it started, but it became a sort of running joke that I should start making cosplays for characters played by Domhnall Gleeson (I’m getting asked by my Potterhead friends to make a Bill Weasley costume, even though Harry Potter isn’t one of my fandoms, but I digress). I don’t know why – I guess when you make a General Hux costume, it just becomes A Thing? Anyway, my friend Paul has an awesome Judge Dredd costume, and I thought, “What the heck? Let’s run with this” and decided to make a Clan Techie costume – Domhnall’s character in Dredd 2012. It’s a pretty obscure character that I knew people wouldn’t recognize (even walking around with Dredd), but it was something different and kind of a fun challenge.

Shirt: This was probably one of the most time-consuming parts of the costume. The shirt is made up of three different shirts, and then I had to weather the heck out of it. You can read about the process here.

Shorts: I bought a pair of olive green cargo shorts from Target, and then distressed them by attacking them with a seam ripper and sandpaper.

Shoes: This was the other time-consuming part, and you can read about the process here.

Wig: I bought this wig from Pose Wigs and didn’t really have to do anything to it except skip brushing it when I wear it.

Makeup: This was probably the most fun (and strange) makeup I’ve ever had to do for a costume. You can read about the process here. 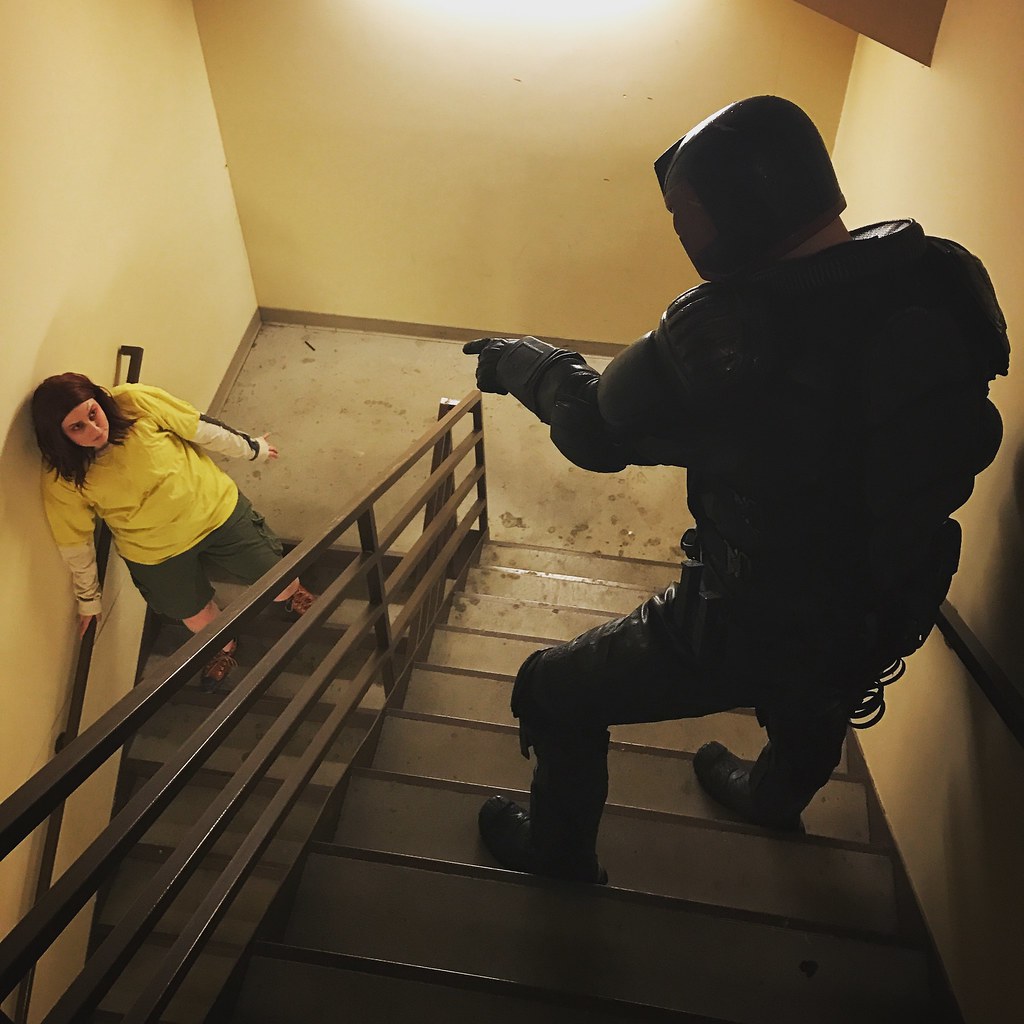