We were contacted by a family who was throwing a birthday celebration for a little girl, Maggie, who just wrapped up chemotherapy treatment. She loves Star Wars, so her mom wanted some characters to make an appearance. The party was on July 25th, and we had a wonderful time! She was so sweet and so grateful. What a cool kiddo!

Last August, we visited Max, a really cool kid who was battling a multitude of health issues. We had a wonderful time and Max and his family became part of our Star Wars family. Sadly, late last year, Max passed away. We’ve been staying in touch with his family since last August, and they asked us to be part of Max’s memorial birthday party on July 10th. It was a wonderful celebration and a lovely memorial, but it was really difficult to hold it together emotionally. While this is such a huge part of why I do what I do, it’s also the most difficult part. Last year, two of the kiddos I visited passed away, and it was just so incredibly heartbreaking.

July 3rd was the Edina 4th of July Parade (I know, I know…) and HOLY COW did the Jedi turn out for this one! I wore my Poe costume for the first time in ages. The weather was nice (maybe a tiny bit warm) and there was a great turnout to the parade.

Dominic Pace (Gekko the Bounty Hunter from The Mandalorian) made an appearance at Nerdin Out in Inver Grove Heights on June 30th, and the 501st Legion came out to celebrate!

On May 4th, we visited the East Central Regional Library for their May the 4th event! We did a virtual Q&A and participated in Star Wars trivia!

On September 26th, Elko Speedway & Drive-In showed Star Wars: The Empire Strikes Back at the drive-in and we made an appearance. They were amazing to work with to ensure our costumers could adhere to COVID safety guidelines. We had a really fun time!

It was also my first troop with my recently Rebel Legion-approved Jedi!

On August 15th, we visited Max, a Make-A-Wish kiddo who is a massive Star Wars fan and loves the 501st Legion. So, we brought him a bunch of gifts and hung out with him for about an hour, just talking Star Wars and answering questions he had for us. He’s such a cool kid! We had a blast.

He loves Clone Troopers, so we gathered as many as we could.

This was the “soft” debut of my new Jedi costume (I had a temporary belt since I didn’t have my custom one yet) and I’m still happy with how it turned out.

This is the Way.

This was our first troop during the pandemic, and we took lots of safety measures – everyone wore masks, we socially distanced, and the event took place outside.

(All photos are credited to Amanda Fineran.) 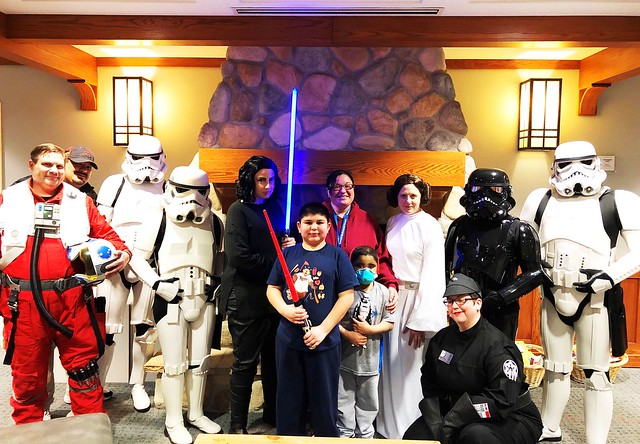 Our group with one of the families staying at the Ronald McDonald House. Photo Credit: RMHC.

On February 5th, we did our first troop at the Ronald McDonald House in Minneapolis for their Family Night. We mingled with the families and then did a little Q&A for the kids who gathered in their movie room to watch a Star Wars movie. It was also my first troop as part of the Rebel Legion! 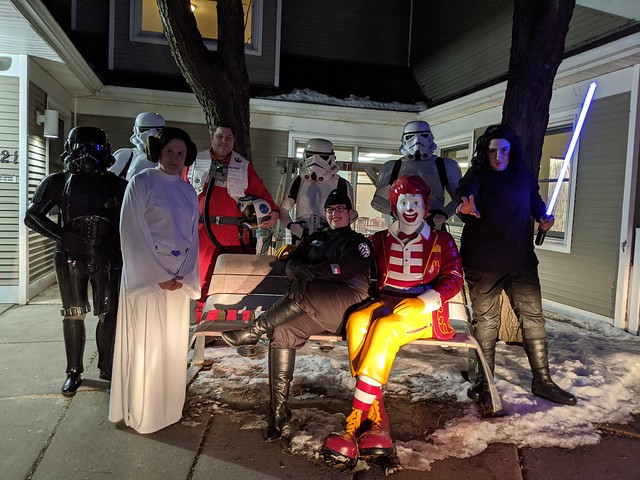 The event organizer was telling us a little about the location and there was a family that recently checked out after staying over 700 nights at the Ronald McDonald House. It was a harsh reality check. These kids go through so much, and the families are uprooted so they can get the best care possible. There were families there from Italy and Poland. People come a long way to get the care they need, and Ronald McDonald House does such wonderful things for these families that spend so much time away from home.

Things like this put a lot into perspective. So many of us complain and gripe about minor things, but most of that pales in comparison to what these kids and their families are going through. Some of these kids will never get better. Some of them will pass away and the families will move back home without a child. It just really makes you think, you know? 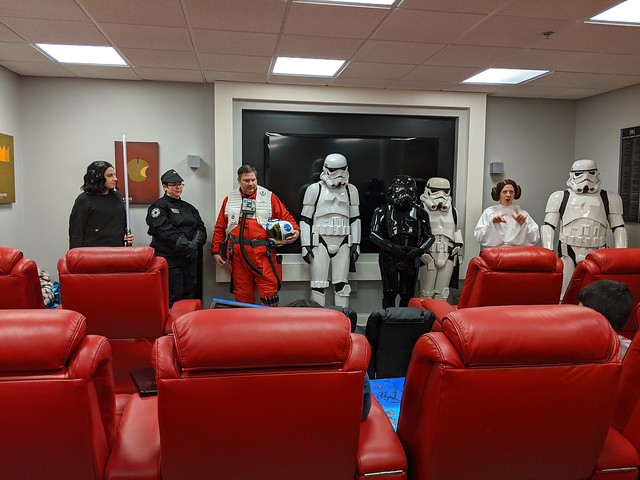 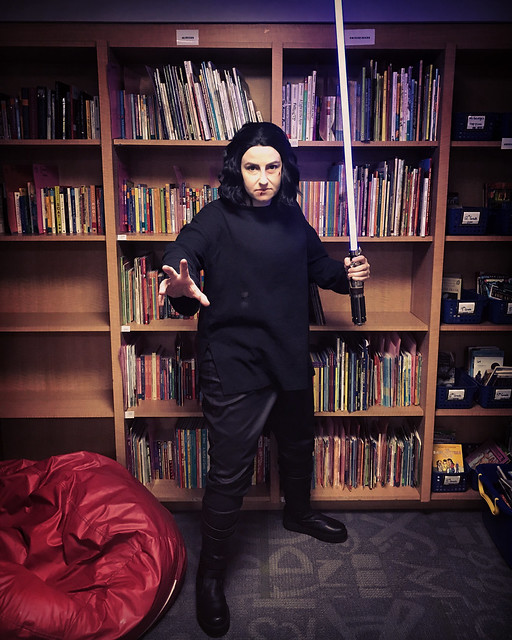 First troop as part of the Rebel Legion! 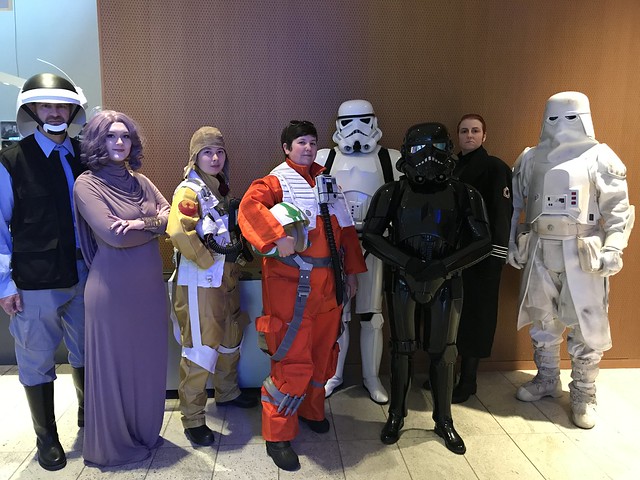 On October 3rd, I volunteered at Orchestra Hall for “The Empire Strikes Back in Concert.” I didn’t see the performance, but I heard it was fantastic. I still had a blast interacting with guests, though! 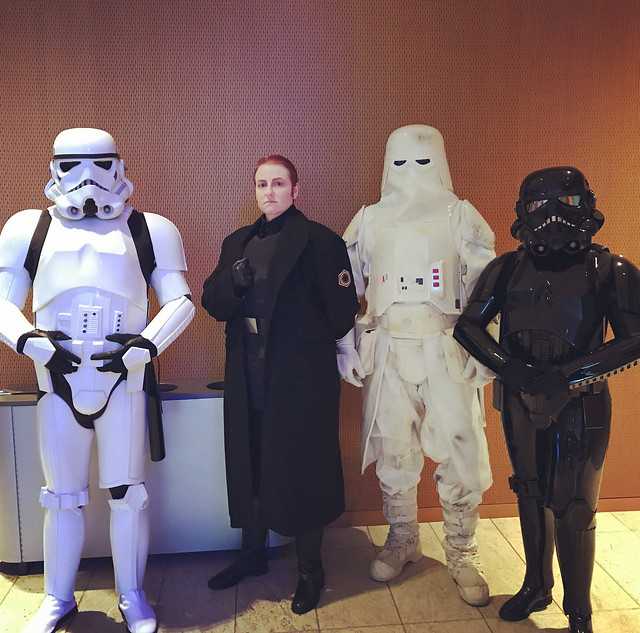 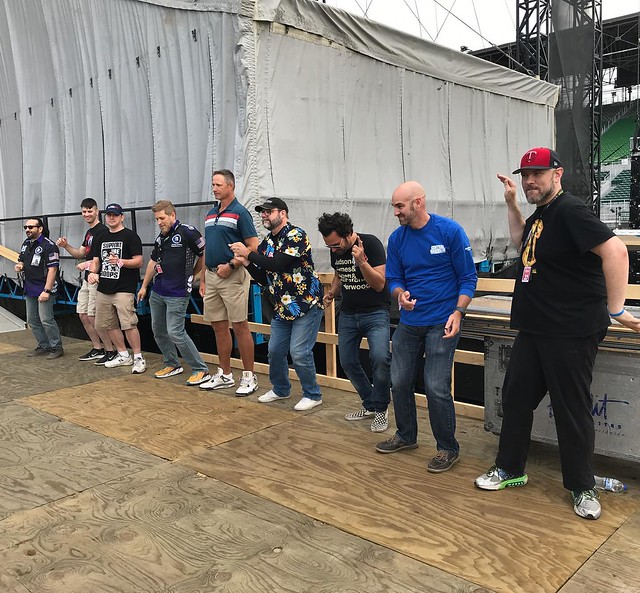 The troopers perfecting their dance moves.

On August 27th, I got to do one of the coolest things: help as handler for the Weird Al concert! At every tour stop, Al likes to have Stormtroopers and Darth Vader on stage during “The Saga Begins.” He reaches out to the local garrison for the 501st Legion and they put a call out for troopers. Since I don’t have a Stormtrooper costume (but I’m a 501st Legion member), I could help as handler. I figured that was the next best thing aside from being onstage.

He played at the Minnesota State Fairgrounds’ Grandstand, and we were really lucky to have cooler weather (August in Minnesota can be brutal) so nobody got too overheated. The only issue is that it was an incredibly windy day – so much that the concert was delayed a while.

We arrived pretty early because everyone had to learn the choreography. A member of Al’s crew gave the troopers a run-down of the routine, and then they basically ran through the choreography a bunch of times out of costume (while me and the other “Dance Moms” handlers observed). 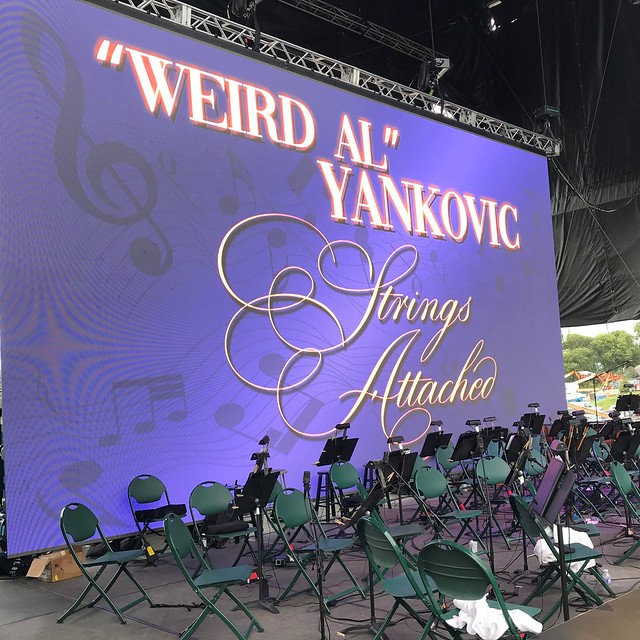 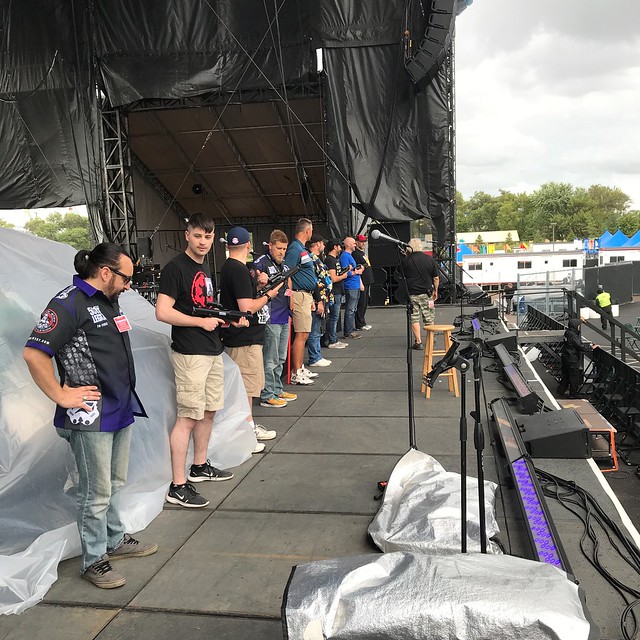 The troopers learning where they’ll stand during the performance. 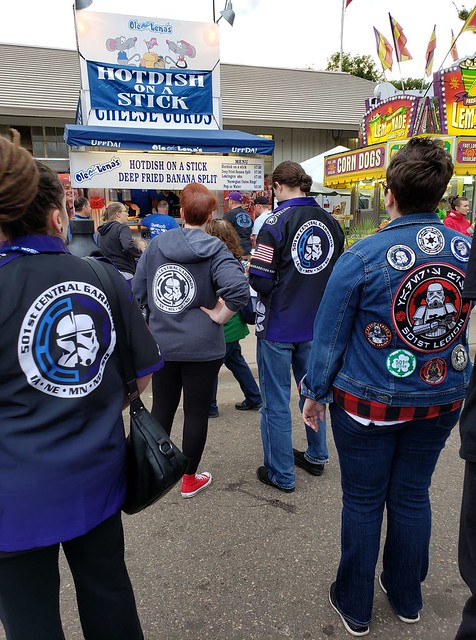 Where’s the Minnesota Wolf Pack Squad? Oh, by the hot dish. Of course.

After grabbing a bite to eat and wandering around the fair a bit, we helped the troopers suit up (in a dark semi trailer – it was a challenge) and we waited for the cue for them to go onstage. Once they were onstage, the “Dance Moms” all stood off to the right to watch, and it was really surreal. The troopers did great! 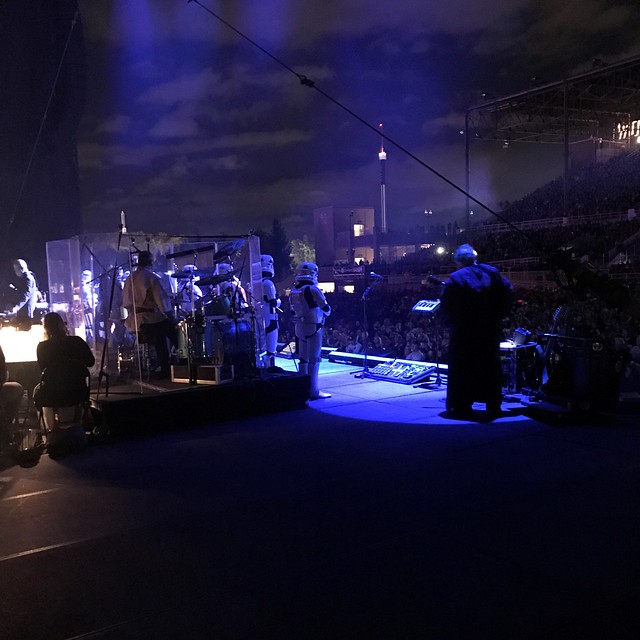 View from a Dance Mom.

Afterward, we got to meet Al! He was really nice. We took pictures but it was dark and windy by the trailers so our pictures didn’t turn out the greatest. That’s okay – at least we got to meet him! 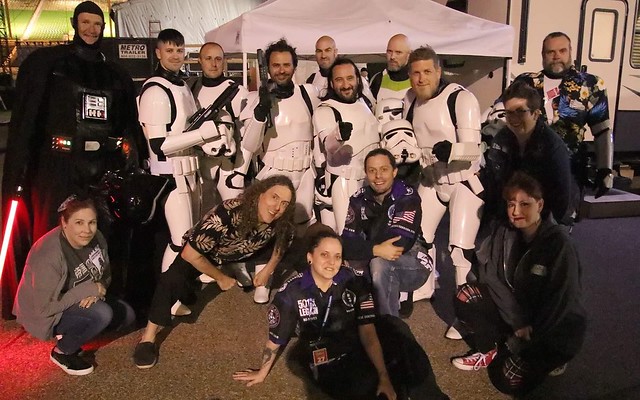 Our crew with Al! 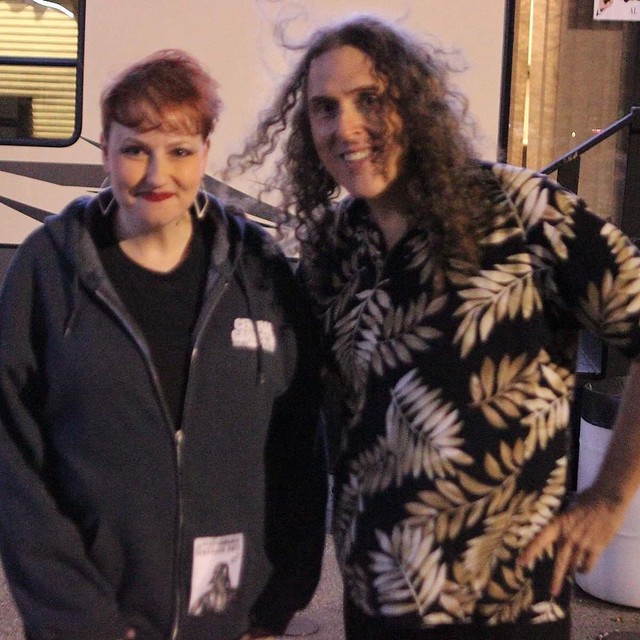