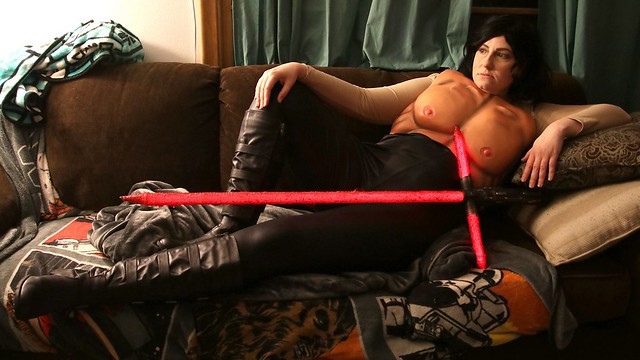 Ever since I saw Star Wars: The Last Jedi, “Randomly Shirtless Kylo Ren” has been my favorite thing from the movie (after Porgs, of course). I was living for the #kylorenchallenge on Instagram, and the “Ben Swolo” memes that took over the internet for about a week. So, when a friend found a ridiculous shirtless men’s chest piece and asked if I wanted him to pick it up for me, I said, “YES!”

Chest Piece: I don’t remember the brand, but it’s just a plastic chest piece from a costume store that cost $8.

Bodysuit: I bought this nude leotard to wear underneath the chest piece. 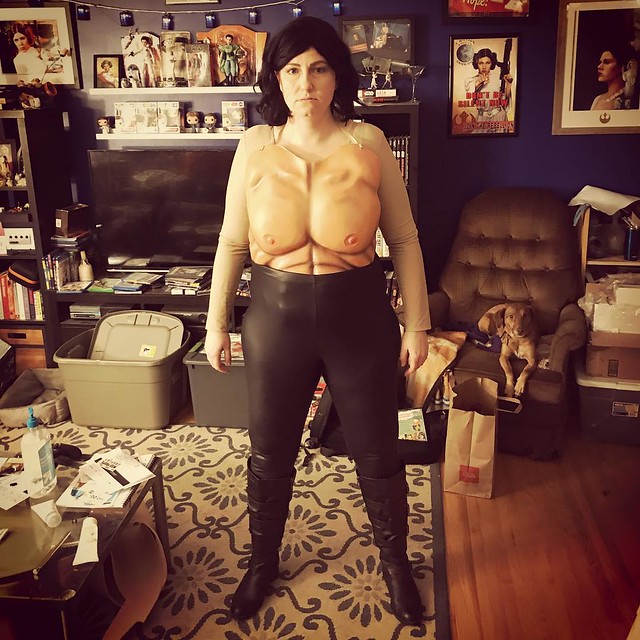 Even way before I got into costuming as my major hobby, Halloween was always my favorite holiday. I still love it, even now that I’m in costume almost more than I’m not. The past couple of years my costumes have been just ridiculous (last year I was Business Cat – just me in business attire wearing a giant cat head) and this year was no exception.

A friend found these ridiculous plastic men’s chestpieces in a shop and showed me a photo, and I asked him to pick one up for me. I had Big Plans for it.

For anyone who has seen Star Wars: The Last Jedi, you may remember the odd scene in which Kylo Ren “Force Skypes” with Rey and he’s just…standing there, oiled-up and shirtless?! It was such an odd moment in the film, and it launched the #benswolochallenge on Instagram where people hiked up their black pants to their ribcage, took off their shirts, and looked like a Space Pinup Bad Boy. My plan was to take this and run with it and strive for ridiculousness.

I bought a nude-colored leotard to wear as a base, and then basically my entire Kylo Ren costume (minus the tunic, vest, and cape) with the stupid fake chest attached to my front, and then hiked up my leggings so far up that I’m pretty sure my pants could have doubled as a bra. The result? 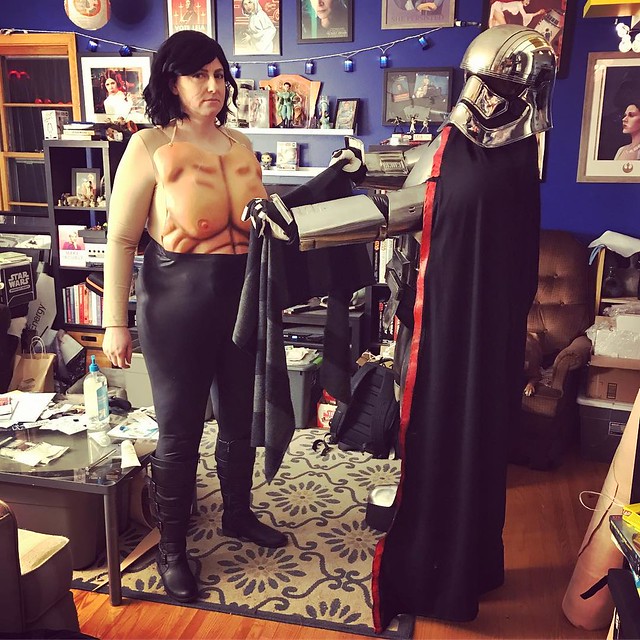 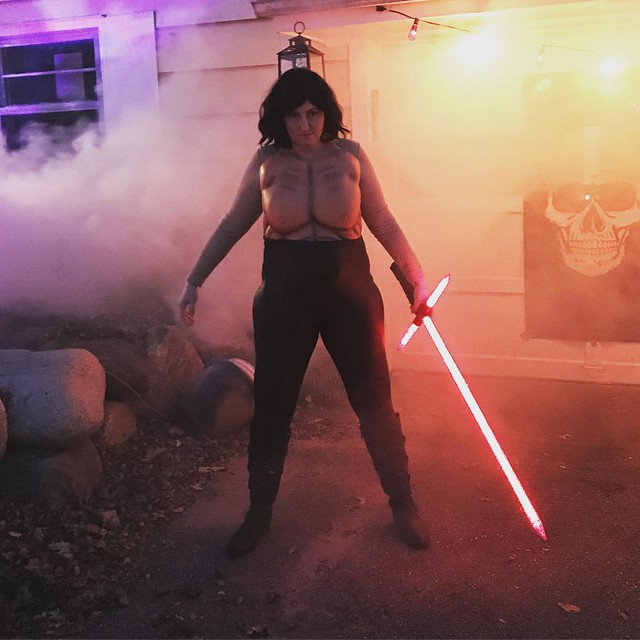 The most majestic photo ever taken of me, thank you to Alex Hall.

And then we made a fun video because my sense of humor is odd. (Costumers: Kris Heding, Madeline Anderson, and Jordan West.) 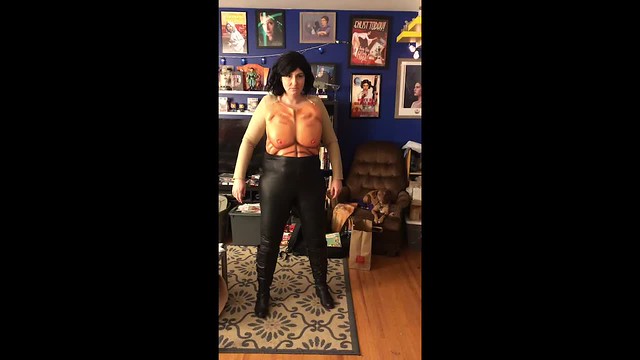 It was a pretty epic Halloween.